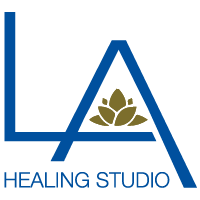 We host events for fundraisers, community meetings and events that bring our neighborhood together.  Email us for more information.

This winter season, the South Loop Farmer’s Market takes place indoors at L+A! Every Sunday you experience a rotating roster of small businesses selling produce + goods. The market opens at 9am and ends at 1 pm.

We host all types of private events in our studio.
Consider our space for your next event.

We go the extra mile for our clients. We can come to you:

One of Chicago’s best-kept secrets, Dill Costa is a multi-talented Brazilian performer. Raised in Rio de Janeiro, Dill is a performer who represents authentic Carnaval music, which is a part of Brazil’s rich musical legacy. On the stage, Dill starred in several major Brazilian productions of American Musicals.

Since relocating to Chicago in 2003, she has been teaching at Old Town School of Folk Music and being part of the Professional Team at Gingarte Capoeira Chicago and L&A Healing Studio.

Dill  Costa also had the chance to sing with the Bests musicians in Chicago.

Learn to samba as the Brazilians do with Dill Costa.
Shake your hips and move your body to the rhythms that are the heartbeat of Brazil. From Rio de Janeiro, the home of Carnaval, through African-influenced Bahia, and all the way to the Amazon, communities congregate to dance and play samba. The regional styles of samba and fun combinations are explored in this aerobic class.

Samba, one of the most recognized music genres from Brazil. Born in the city of Rio de Janeiro, the home of Carnaval, it is a fusion of African-influenced dance “Samba de Roda” from Bahia, and European sounds. Learn the basics of Samba and explore all the variations of it. The regional styles of samba and fun combinations are explored in this aerobic class, giving you a truly authentic Brazilian experience with Dill Costa.

Schedule Now
Inquire About An Event

This is a demo store for testing purposes — no orders shall be fulfilled. Dismiss